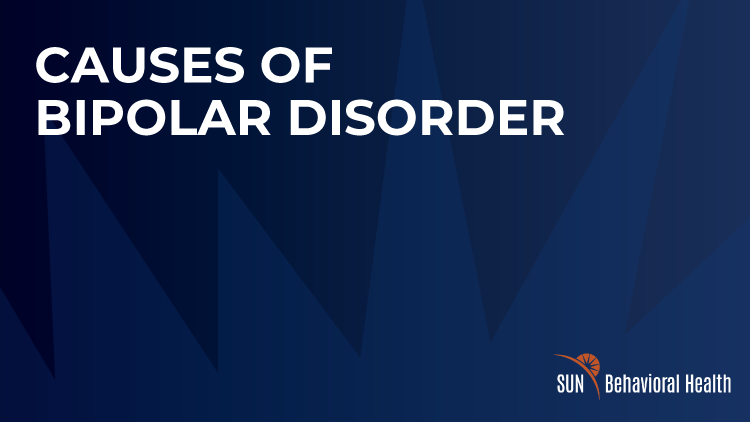 Feeling emotional highs and lows are a normal part of life. After all, good and bad things happen, and so it should be expected that our moods would change accordingly. That being said, people who struggle with bipolar disorder experience both intense and euphoric highs and crushing lows, often disproportionate to their circumstances, and in such a way that it affects their regular day-to-day life. Many times people with bipolar disorder will not only deal with these emotional peaks and pits but also with intense manias and depression that accompany them.

When diagnosed with bipolar disorder, people often wonder why and how they came to have this disorder and if they might have done something to cause it. Unfortunately, it is yet unknown what causes bipolar disorder. That being said, modern science has provided a number of explanations that might be attributing factors to the development of bipolar disorder.

The (Possible) Causes of Bipolar Disorder

While this is not a direct or singular cause of bipolar disorder, it does show that experiences like neglect, sexual abuse, physical and verbal abuse, parental loss, abandonment, and unstable housing may play a role in the development of bipolar disorder. Some theorize that this may be in relation to the fact that emotional regulation and development take place in childhood and that traumatic events and abuse can cause significant disruptions in regular development.

When looking at the onset of bipolar disorder in adults, stressful or traumatic life events are often looked for as an explanation for the disorder. While it is true that manic or depressive episodes tend to follow stress or trauma, blaming these events may be misplaced. Instead of these events causing bipolar disorder, most researchers agree that stress and trauma instead exacerbate preexisting or dormant symptoms or trigger the bipolar episodes. What counts as a stressful event or a trauma is entirely unique to each person, and what may seem small to some, may be enough to trigger a bipolar episode in another.

Bipolar disorder cannot be attributed to any medication or substance usage, but there are several prescription and illicit drugs that can induce the manic and depressive symptoms commonly associated with bipolar disorder. What's more is that there have been studies showing that the damaging effects of illicit substances on the brain can actually increase the likelihood of a person developing bipolar disorder and even trigger initial episodes.

Although a fairly common mental health disorder, bipolar disorder can cause major disruptions to a person's social, professional, and home life. The intense manic and depressive episodes can get people into trouble or prevent them from functioning at their full capacity. At SUN Behavioral, Houston, we recognize the issues that bipolar disorder can cause and want to help those struggling to manage their symptoms and lead happy and healthy lives.

Beat the Causes of Bipolar With SUN

If you or a loved one believe that you are struggling with bipolar disorder, are experiencing manias and depressive episodes, know that our compassionate team of professionals is waiting to take your call and walk with you on your path to recovery.Call us today at (713) 796-2273 to schedule your consultation and take control of your bipolar disorder.

FAQs About Causes of Bipolar Disorder

What is the main cause of bipolar disorder?

How do you diagnose someone with bipolar disorder?

What are common treatments for bipolar?

The most common treatments for bipolar disorder are medication and cognitive behavioral therapy. While both are highly effective on their own, they are even more so together.