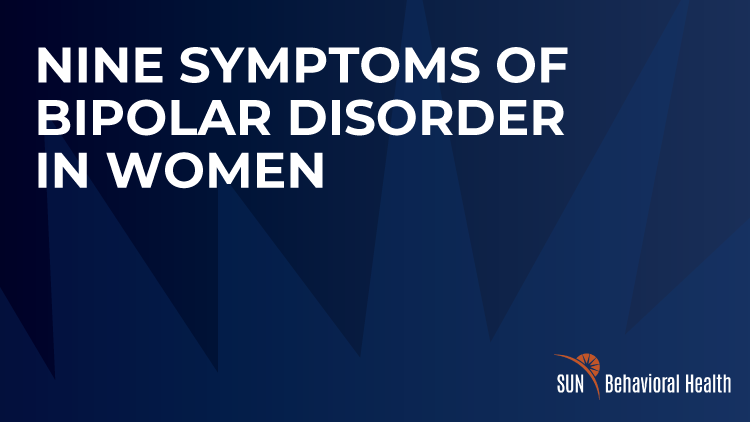 Do you have extreme mood swings? Do you go from a manic sensation of overwhelming joy and energy, feeling like you could keep going forever, to feeling like you are depressed, hopeless, and maybe even want to die? This might make you feel like you are losing your grip on reality, or that you are so overwhelmed by your feelings constantly changing from one extreme to another that you lose yourself to them entirely. If this sounds familiar to you, you may be suffering from bipolar disorder.

Bipolar disorder can be very scary for the person who is suffering and for the people in their life. It can feel like you can never get on solid ground, and you are constantly trying to keep up with your emotions. Bipolar disorder can cause disruptions in your day-to-day life, making it difficult to maintain a routine, relationships, and even employment.

If you are suffering from bipolar disorder, you need to know that you are not alone. According to the National Institute of Mental Health (NIMH), 2.8% of the adult U.S. population suffered from bipolar disorder during the years studied (2001-2003).  And mental illness like this is no stranger to the Lone Star State. According to the Texas Health and Human Services Commission, more than 3.3 million Texans suffer from a mental illness.

Bipolar disorder is just about as commonly diagnosed in women as it is in men. According to the same study from NIMH, 2.8% of adult women were found to be diagnosed with bipolar disorder. However, bipolar disorder symptoms in females sometimes shows up differently than it does in men, so if you are a woman and you believe you may have bipolar disorder, it’s important to be sure you understand what that may look like for you.

If you are afraid you might have bipolar disorder, you are in the right place. Doing research and gathering information to understand what bipolar disorder may look like for you is a great first step. It is never too late to get help, and we are here for you.

Causes of Bipolar Disorder in Women

The exact scientific causes of bipolar disorder are still not very well understood, but researchers believe it may be related to neurotransmitters (chemical messengers) in the brain and other brain activity.

Environmental factors can also play a part in the onset of the condition, like extreme stress or traumatic life events. Changes in sleep patterns, hormonal balance, substance use, medication, or significant changes in physical activity can also impact the onset of bipolar disorder.

Periods of significant hormonal change, like menstrual cycles, pregnancy, menopause, and postpartum, are all times when women are at risk of having extreme symptoms of bipolar disorder. Pregnancy can make women especially vulnerable because some bipolar medications are not compatible with pregnancy.

There are several different types of bipolar disorder, and some affect women differently from the way they affect men.

People with bipolar I have a manic episode that lasts for at least one week or requires hospitalization. Depression or hypomania (a less intense manic episode that does not include psychosis, which is feeling, seeing, hearing, or believing things that are not real) may follow the manic episode, but not necessarily.

9 Symptoms of Bipolar Disorder in Women

Typically, the manic episode precedes the depressive episode in bipolar disorder. One of the hallmarks of a manic episode is the feeling of euphoria. Euphoria is a feeling of intense and overwhelming joy, like you are on top of the world and nothing can bring you down. You may want to do fun things or things you believe will improve upon the feeling. This is not the same as simply being in a good mood. Euphoria is an intense feeling and does not usually make someone calm but rather very excitable.

Many people in the middle of a manic episode do not feel the need for sleep. They feel instead like they have endless energy and can just go, go, go. They may try to get people who are not experiencing mania to do things with them and notice that others do not have the energy to keep up or keep doing tasks endlessly without rest. People with this symptom usually want to keep doing things well into the night and after they would usually be asleep.

People who are experiencing mania usually do not have very good judgment. They want to act without thinking through the consequences of their actions. They struggle to understand how what they are doing in a manic state may impact their usual life and may even do things they normally would avoid doing. Because of this, people in manic episodes often end up in dangerous situations, like having unprotected sex or being in an unsafe environment. This can put them in jeopardy in the long term as it may impact their relationships and job, but it can also lead to serious harm in the short term.

Psychosis occurs in the manic state. It is a severe symptom and does not occur in the less intense hypomania associated with several types of bipolar. Psychosis occurs when people believe things that are not true (like the government is out to get them) or have hallucinations (seeing, feeling, or hearing things that are not real). This can be a very dangerous symptom. People who are experiencing psychosis often get very confused, angry, or frustrated. Someone cannot be “talked out” of psychosis. When they are in that state, these delusions are genuinely what they believe.

The manic state is often followed by a depressive state. People in a depressive state may be extremely irritable. They may become annoyed easily at things they don’t normally find annoying. They may also become angry quickly or lash out at others over relatively minor issues.

People who are having a depressive episode may feel extremely hopeless. They may feel like there is nothing for them now or in the future, and that there is no point in anything. They often struggle to feel any positive emotions at all and can’t connect with their usual hopes and goals for the future. They simply feel overwhelmed by all the negativity they are feeling at the moment.

People who are in a depressive state often have great difficulty concentrating. They may not be able to complete even basic everyday tasks without getting distracted or overwhelmed. It is often very difficult to string entire thoughts together. People in a depressive episode may not be able to focus on work or school. They may also not complete tasks they usually find interesting.

People sometimes experience mixed mania, which is when they cycle rapidly from mania to depression, and so they have symptoms of both almost at the same time. In this kind of episode, a person will not usually return to their normal functioning between episodes. Instead, they just bounce back and forth between the two. This can make them very unpredictable.

People who have mixed mania may also struggle with impulsiveness. Impulsiveness often results in doing things the person usually wouldn’t do, changing tasks suddenly, or changing topics of conversation suddenly. People who are being impulsive due to bipolar may end up putting themselves in dangerous situations.

If you’re looking to get treatment for your bipolar disorder, SUN Behavioral Houston might be a good fit for you. Here at SUN, we understand that every patient is different. That’s why we make sure that your treatment plan is made specifically to meet your needs.

Therapy is often an effective tool in treating bipolar disorder in women. We often use cognitive behavioral therapy or CBT to treat bipolar disorder. CBT is designed to help you identify harmful thoughts and behavioral patterns you have during manic or depressive episodes. Once you learn to identify and understand these patterns, you can begin to manage them during episodes to limit the negative impact they have on you and your loved ones.

A few common medications used to treat bipolar disorder include:

Are you or another woman in your life having the symptoms of bipolar disorder? If you are, you need to know it’s never too late to get help. Start the journey today by calling us at (713) 796-2273.

How can you tell if someone is bipolar?

What are the top three bipolar symptoms?

Three common symptoms of bipolar disorder are less need for sleep, feelings of hopelessness, and impulsivity.

What are the nine symptoms of bipolar?

There are more than nine symptoms of bipolar disorder. Nine common symptoms of bipolar disorder include euphoria, less need for sleep, lack of judgment, psychosis (seeing or hearing things that are not real, or believing things are happening that are not real) followed by irritability, feelings of hopelessness, difficulty concentrating, mixed mania, and impulsiveness. People who have mixed mania may have depression and mania very close together and switch between the two while also experiencing impulsivity.