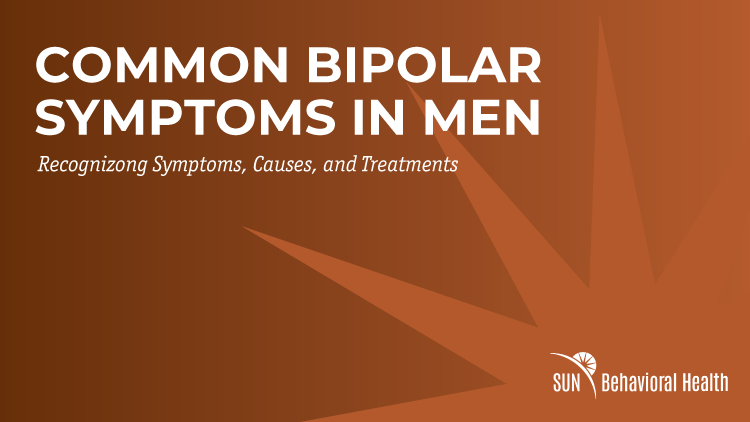 Do you quickly go from feeling on top of the world and indulging in risky behavior for days, only the next morning wanting to isolate yourself, having zero desire to eat, and feeling sad and hopeless?

Do you feel like you are on a perpetual roller coaster of feeling slow, burned out, and down for weeks at a time, followed by a big burst of energy where you want to do everything at once and do it right now–whew! 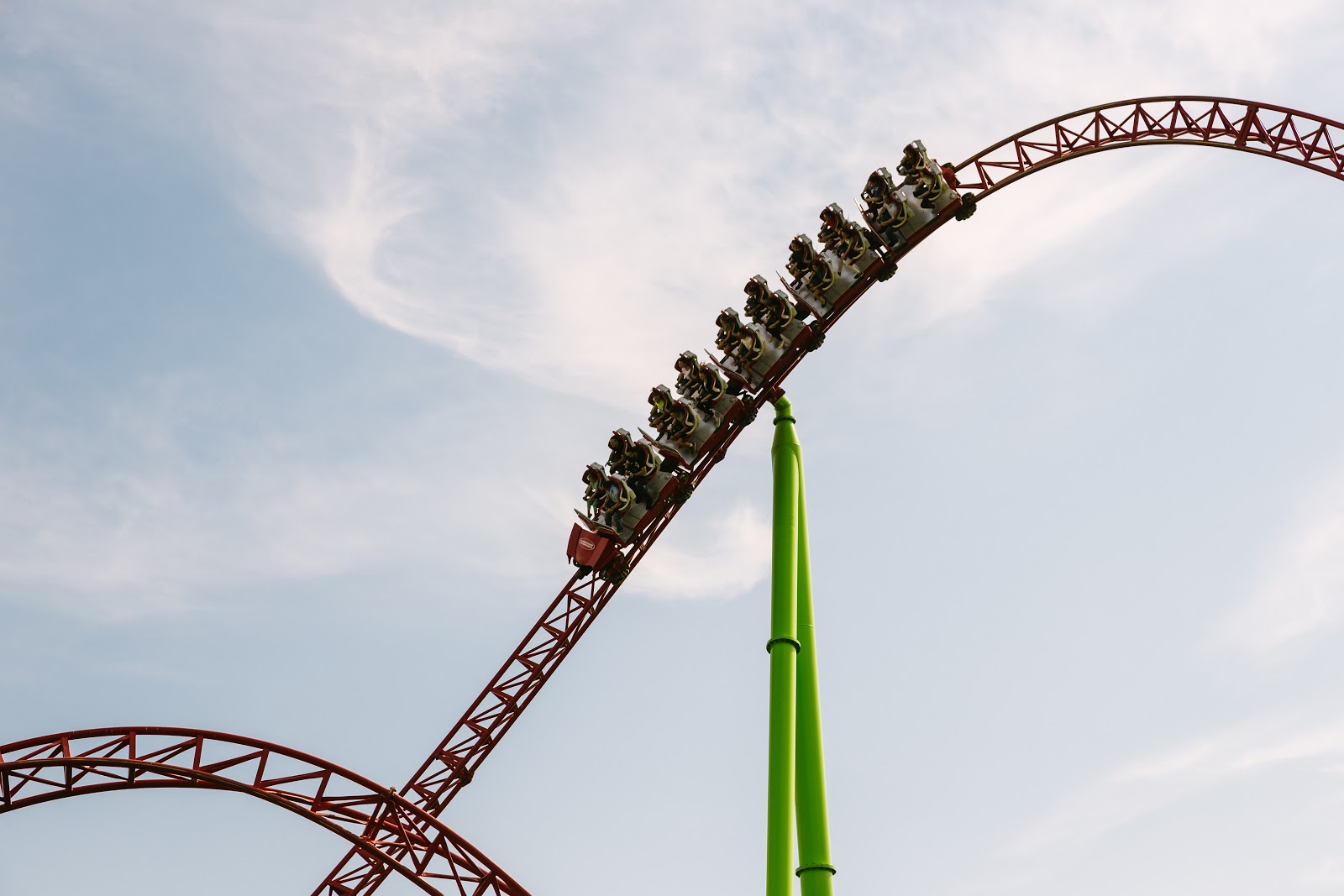 Bipolar disorder was first documented in an article in the mid-1800s by the French psychiatrist Jean-Pierre Falret as “la folie circulaire,” which translates to English as “circular insanity.” He notes the switch in behavior from manic excitement to severe depression.

That phrase remains the main description of bipolar, which is a mood disorder driven by swings between extreme highs and extreme lows. It is far from a diagnosis of insanity, but it does generally mean the circular behavior pattern must be broken to have a productive, balanced life.

Bipolar I and Bipolar II Are the Most Common Types With Two Main Differentiators:

How Do I Know If I Am (Or My Loved One Is) Bipolar?

Identifying bipolar disorder is very strategic because there are behavioral explanations that first need to be ruled out. Since the disorder is more commonly seen in teenage years than perhaps someone in their 40s, somebody might be inclined to gloss over symptoms as typical teenage behavior.

If the behavior of manic highs continues to be repeated over time with potentially dangerous consequences or depressed periods lasting longer than two weeks, a visit to a medical professional is in order. A routine physical including blood work can rule out other physical contributors and a full mental wellness evaluation can be performed.

These symptoms may be more manic and an episode may require hospitalization until the person can be stabilized, as in bipolar I.

Know the Signs and Symptoms of Bipolar

These symptoms may come before or after a hypomanic episode in bipolar II disorder.

A bipolar disorder diagnosis may be delayed because those closest to the individual didn’t realize the behavior indicated a bigger issue or the first diagnosis of another condition was inaccurate. Pregnancy and seasonal affective disorder might be considered as causes for symptoms.

A mental health professional will determine if a manic or depressed episode has previously been experienced, and will also ask about the individual’s behaviors and experiences over a course of time. A mood-disorder questionnaire with 13 questions is often used as an important diagnostic tool to assess symptom clusters and to avoid misdiagnosis.

In a survey by the National Depressive and Manic-Depressive Association (DMDA), 69% of patients with bipolar disorder are misdiagnosed initially and more than one-third remained misdiagnosed for 10 years or more. 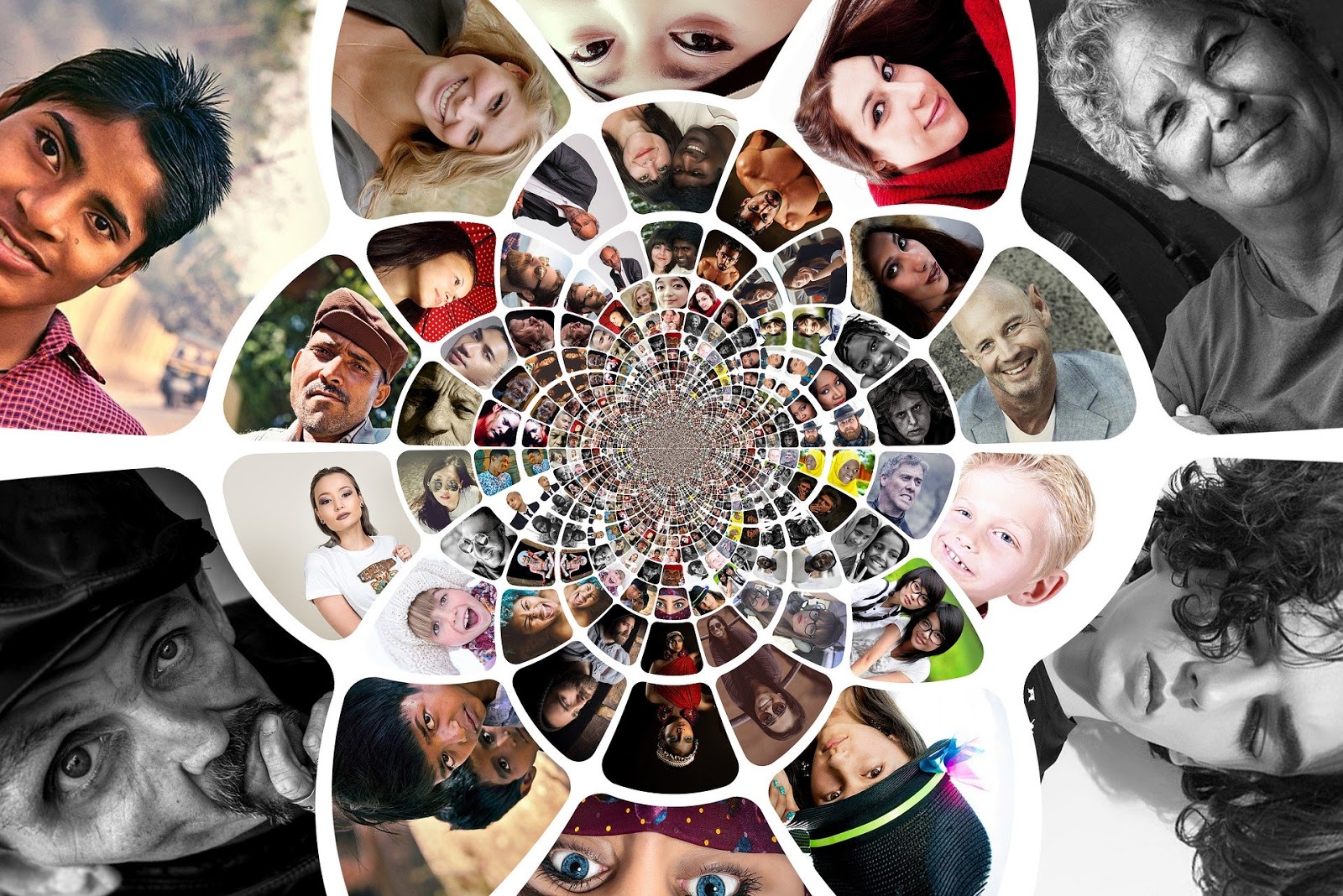 How Old Are You Generally When Diagnosed With This Disorder?

For men and women alike, bipolar disorder is most likely to appear in late teens to early 20s and 4.4% of all Americans will have some experience with bipolar during their life. It has been found that the onset of bipolar I began with 5% in childhood, 28% in adolescence, and 53% at peak ages 15-25. Generally bipolar disorder is more common in women than in men.

Two major differences between men and women that have been documented are that men generally display symptoms earlier and are less prone to the depressive episodes of bipolar disorder.

Teens and young adults with bipolar disorder symptoms may think and talk about self-harm or suicide. If someone you know is expressing these thoughts, seek help immediately by calling the National Suicide Prevention Lifeline at 1-800-273-TALK (8255).

In terms of ages and percentages experiencing bipolar, 2.6% of males ages 13-18 are diagnosed as bipolar, with the most common ages being 16-18.

In men ages 18 and older, 2.9% are diagnosed as bipolar, with the most common occurrence of 4.7% for ages 18-29, dropping exponentially in older age groups. 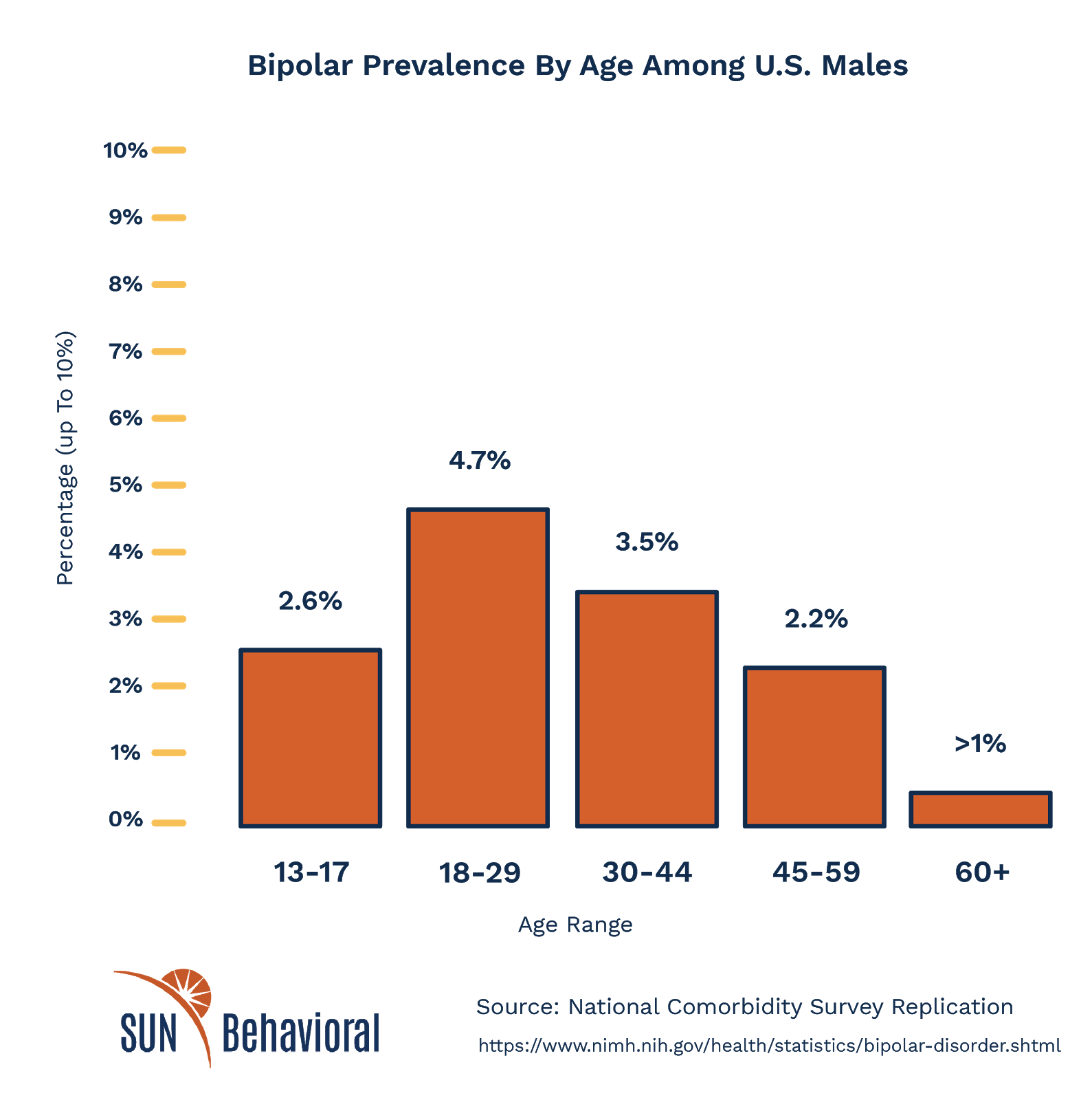 Bipolar Disorder Can Co-occur With Other Disorders

Young people with bipolar disorder can have several problems at the same time. These include:

If left untreated, some side effects that come with bipolar may affect a person’s daily life:

If a person is diagnosed with a severe impairment that impedes their ability to work, it may make them eligible for disability benefits.

How Is Bipolar Disorder Treated?

Treatment helps many people, even those with the most severe forms of bipolar disorder. Doctors treat bipolar disorder with medications, psychotherapy, or a combination of treatments.

Certain mood stabilizers and atypical antipsychotics can help control the symptoms of bipolar disorder and several may be tried in the process before the right ones are identified for your chemical makeup.

Mood stabilizers such as lithium can help prevent mood episodes or reduce their severity when they occur. Lithium also decreases the risk of suicide. Additional medications that target sleep or anxiety are sometimes added to mood stabilizers as part of a whole treatment plan.

Because of the chemical makeup of these medications, it is extremely dangerous to abruptly stop taking them without a doctor’s supervision. Serious side effects may occur. If you feel you may want to go off your medication, it is important to do it with your doctor’s guidance to carefully reduce the medication safely and appropriately.

Psychotherapy With a Doctor

Psychotherapy (sometimes called “talk therapy”) is a term for a variety of treatment techniques that aim to help a person identify and change troubling emotions, thoughts, and behaviors. Psychotherapy can offer support, education, skills, and strategies to people with bipolar disorder and their families.

Therapy with family can also be beneficial as the symptoms of bipolar disorder can strongly affect the overall dynamics of a family’s day-to-day function. 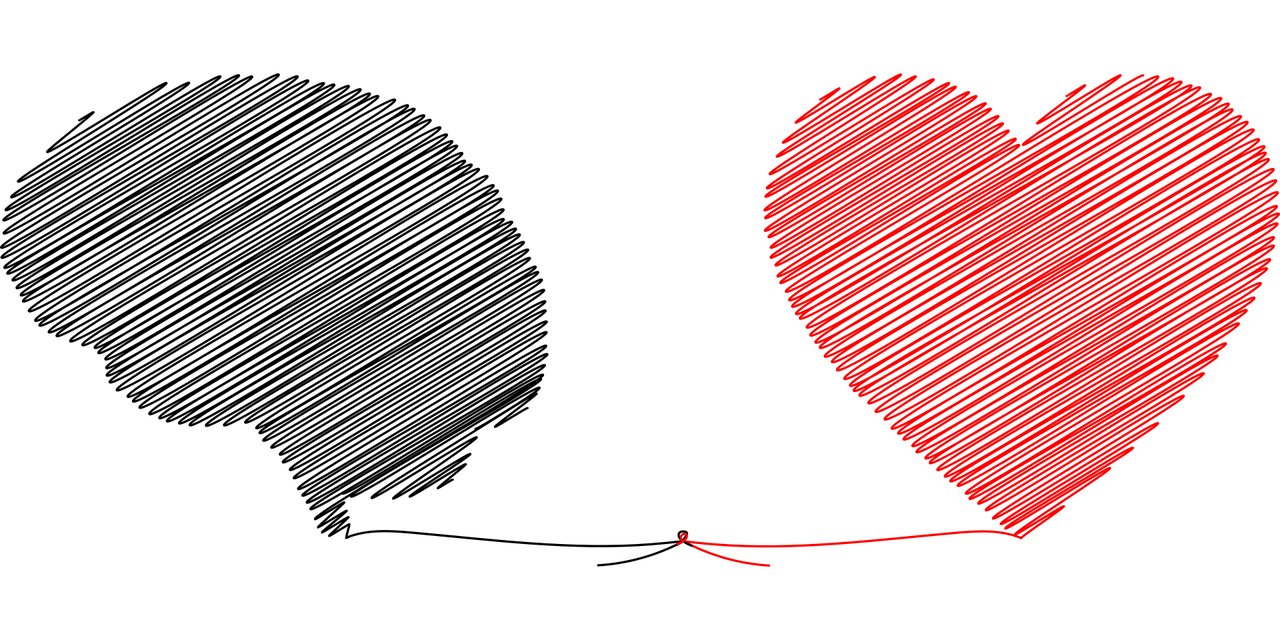 So You’re Home After Treatment, Now What?

There is a constant effort toward researching bipolar disorder causes and treatments, including by the National Institutes on Mental Health. For now, knowing it can be managed is important to keep in mind.

Whether you are managing your bipolar disorder or supporting someone living with it, it can successfully be built into day-to-day living. You will already have skills in place upon leaving an outpatient treatment program; treatment is a start but recovery takes time.

Continue with the following:

Remember, bipolar disorder is a lifelong illness, but long-term, ongoing treatment can help control symptoms and enable you or your loved one to live a healthy life.

How Can I Find Treatment to Manage Bipolar Disorder?

Struggling with mental illness is extremely difficult. Not only does it impact an individual on an emotional level, but it can also leave them with several physical complications. At SUN Behavioral Health, our master’s-level clinicians provide care for these specific challenges surrounding mental illness.

Millions of Americans suffer from depression, anxiety, panic attacks, and other conditions. It can be a lonely, confusing, and emotional experience but you are not alone. If you or someone you love is struggling, SUN Behavioral Health in Houston can help.

At SUN, we’ve created a caring, healing environment and will be there for every step of your journey to recovery. Please call us today at 713-796-2273 to help you, your family, and your loved one.

If you or a loved one is suffering from bipolar disorder, the team at SUN Behavioral in Houston can help you recover. Call us today!

How Can I Tell If My Husband Is Bipolar?

Living with someone gives you a unique perspective on their particular personality. Someone may have a seemingly odd trait, like not being able to go to bed unless they unload the dishwasher first. This may be quirky or annoying, but not harmful or concerning. On the other end of the spectrum, if they have a bad day at work they may find comfort in putting on some comfy clothes and heading straight to bed. Again, this behavior is not hurting anybody or a big cause for concern.

If your husband answers the phone and interrupts you by talking a mile a minute and bouncing around several topics, without ever finding out why you called, it is a bit more concerning. If you notice he’s unable to relax with a movie together and keeps puttering around the house or heading out on errands with a lot of talking throughout, lasting for several days, pay attention. If this activity is inevitably followed by days in bed and crying jags, only to have it all continue again with no real middle ground, a visit to a professional could be in order. If commitments aren’t being met, bills go unpaid, and you’re constantly wondering what you’re going to see on the other side of the door when you walk in the house, your voice would be helpful at that appointment to provide an overall picture for your doctor.

What Are The Common Warning Signs Of Bipolar Disorder?

Common warning signs of bipolar disorder are when around three or more of the manic symptoms and three of the depressed symptoms are seen during an episode. Mania symptoms include racing thoughts, risk-taking, extreme agitation, little need for sleep, easily distracted, jumpy, or heightened sense of well-being.

What Can Be Mistaken For Bipolar Disorder?

Unipolar depression is the most common disorder to be mistaken as bipolar. It has the same symptoms as bipolar, with a few exceptions. Bipolar disorder has more episodes of depressed occurrences and can also tip into the mania element. Therefore misdiagnosis affects treatment, avoiding medications that should be used to manage bipolar disorder effectively.