What better symbolizes important stages in life and times with friends than lifted glasses and cheers, and the clinking of glass-on-glass full of your cocktail of choice?

Alcohol has long been at the center of celebrations from Monday-night football to your daughter’s wedding or raised somberly to acknowledge the passing of a loved one.

The line in which it passes from a harmless pastime to a life-threatening problem can sometimes be blurry. By examining behavior and possible signs of an alcohol use disorder, one can get a clearer picture if they have a problem, or to help a friend or loved one who may not see the signs in themselves. 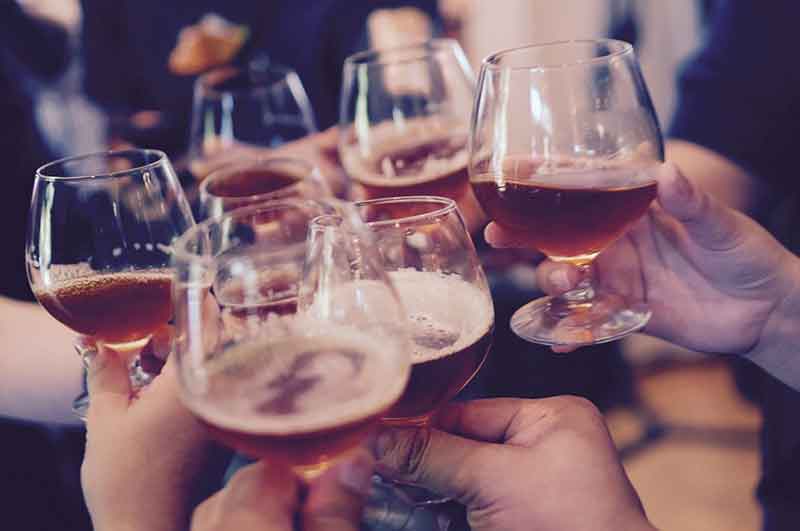 The first time someone uses alcohol could be when they are still a child—or over the legal age of 21.

There are many reasons why someone decides to take their first drink. It could be as simple as a family dinner where wine is being served as a special occasion moment. Maybe the kids come across some beers in a basement refrigerator and curiosity takes over when parents are busy elsewhere. Sometimes, someone may feel out of place at a teen party if they don’t drink like others or a friend pressures them to join in the fun.

Age When Use Begins Tied to Long-Term Dangers

There has been extensive research that supports findings that earlier age of alcohol consumption is a contributing factor to a higher frequency of binge drinking and alcohol use disorder later in life.

Drinking can take on many forms but for most people, early experimentation involves different types of alcohol to gauge their preferred taste. Mixed drinks with liquor, beer flavors such as locally-brewed craft varieties, and inexpensive brands, and whatever wine their parents might have around the house are the common go-to’s.

If the taste isn’t so important, cheaper brands of beer—to consume the most quantity possible in the brief time the party can occur—becomes the higher priority.

This leads to binge drinking: consuming higher amounts in shorter times than the body can process the alcohol. Alcohol consumption can be handled more responsibly by sipping alcohol, alternating with water between drinks, and eating food to stimulate liver activity to process alcohol.

From the first drink of alcohol, as use grows from experimenting to more frequent consumption, a person enters stage 2 of alcoholism. 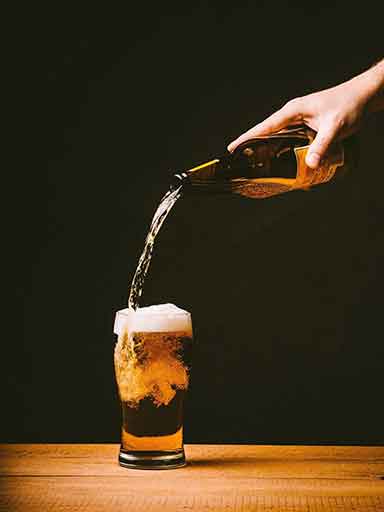 An increase in alcohol use may occur over a relatively short period, or progress gradually for years as different life stages come and go that may delay the progress for the time being. Perhaps a new baby, job, or love interest temporarily redirects the timeline and alcohol may fade into the background only to reemerge later in life.

Or maybe a college student gets stuck early on in their drinking exposure. They might increase their use of alcohol from the occasional drink or two at get-togethers to having more get-togethers for an excuse to drink.

Is nobody available to join the party? Sadness, boredom, or loneliness also become excuses to drink, rather than seeking out other activities.

Withdrawal from usual activities of interest, such as jogging, might begin to suffer due to the uncomfortable morning-after effects of a hangover. When you wake up feeling like you chewed cotton balls overnight while a hammer worked on your head, you’re not likely to want to lace up your shoes and go for a run. Typical hangover symptoms often include nausea, poor sleep, shakiness, dry mouth, light sensitivity, and headache. 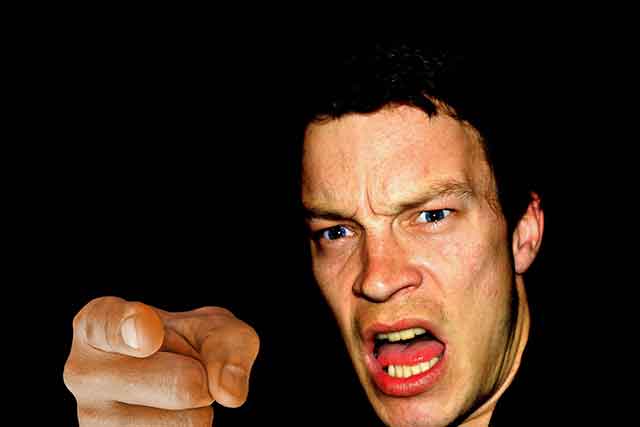 By this point, the American Psychiatric Association’s definition of severe alcohol use symptoms is presenting itself, first to the person using alcohol and then their close circle of friends, family, and coworkers.

Reaching the late-stage of alcohol use disorder poses serious consequences to a person’s physical and mental wellbeing. Many people at this point become unable to maintain a job or function normally in their usual routine. They may experience depression or anxiety as a result of alcohol use and may show less desire or motivation to tend to their hygiene or appearance.

Reaching the ‘end’ stage of alcoholism can sound frightening, and it is. This stage means, without intervention, early death can be likely. Most people with end-stage alcoholism feel a loss of control over their drinking and experience several alcohol-related medical problems.

Heavy and long-term alcohol use can cause several medical problems throughout the body, including damage to several vital organs such as the heart, liver, kidneys, and brain.

If detected early enough, liver damage can be reversed. 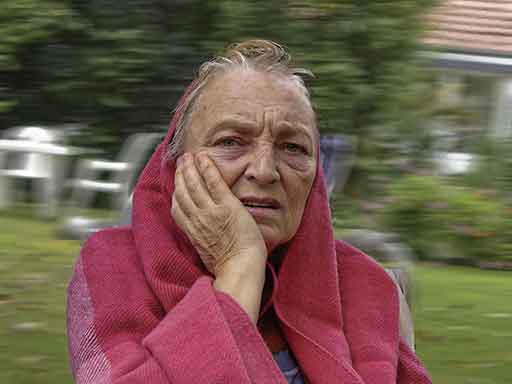 Once liver scarring develops, management procedures with medications, nutritional therapies, and blood-work monitoring are the general protocol. Once cirrhosis is established, if these procedures are not enough, a liver transplant becomes the only option and is not guaranteed even with full abstinence, due to transplant supply/demands.

People in the end-stage of alcoholism are at high risk for serious and even life-threatening health problems. This includes issues such as liver cirrhosis, more severe withdrawal, polysubstance abuse, and suicide.

It can be difficult for people at this point to believe that they have a way out. They may believe there is no real chance for recovery, or that it would be too painful to attempt. The reality is that severe alcoholism is still treatable.

Although some severe medical conditions can be permanent, seeking help can often reverse or at least prevent problems from becoming worse. No matter how long you have been struggling, it is never too late to seek help.

When Should You Be Concerned About Your Drinking? 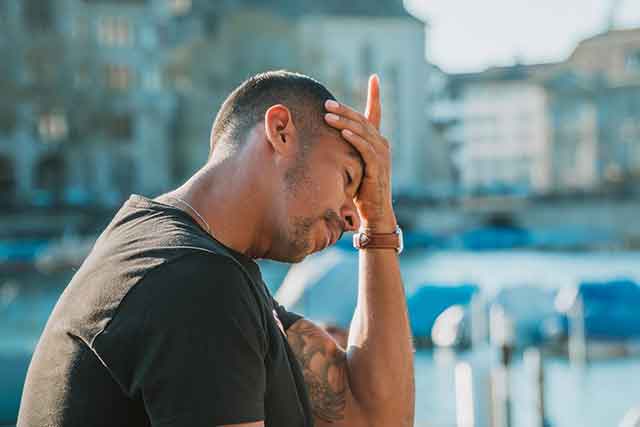 Every case of alcoholism begins somewhere, and that includes some of the more subtle symptoms described in the early stages of problem drinking. Not all early symptoms of alcoholism are life-threatening but can still be a cause for concern.

If you are experiencing signs and symptoms of alcoholism described earlier, it may be time to reassess your drinking habits. If you’re noticing signs in a loved one, it may be helpful to express your concern by calmly asking them about their drinking.

There is no test you can take with the question, “Do I have alcohol use disorder?” with a “Yes” or “No” answer. An honest assessment with a professional can provide a clear understanding of your relationship with alcohol and its impact on your life.

People that are struggling with alcohol use are not always responsive to a loved one’s concern. People may often become defensive about their drinking, deny having a problem, lash out, or withdraw from those questioning their alcohol use, even if they are already wondering themselves.

This may be because they are scared themselves, embarrassed, don’t feel they have time or resources to put aside regular obligations, or any multitude of reasons. In these cases, an open discussion stating your concerns without judgment and support for treatment may be a start to approach the issue together with professional guidance.

SUN Is Here to Help With Alcohol Recovery 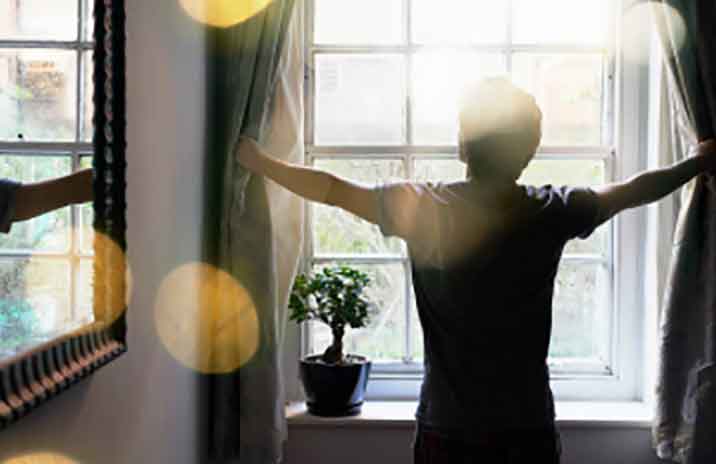 No signs of alcohol use disorder should be ignored. If you are concerned about your own or a loved one’s drinking, professional treatment is a beneficial option to consider. The first step for many people is talking to a doctor or treatment specialist. After a full assessment, the professional will advise whether a detox, inpatient, or outpatient program would be appropriate.

There has most likely never been someone who set out to be addicted to alcohol, but there are many psychological reasons behind why a person continues to drink, thereby damaging their health, personal relationships, and education or career goals.

Alcohol use disorder treatment does not just keep a person from using alcohol, ring a bell, and declare the person cured.

The most effective treatment for overcoming alcoholism involves a clinically-proven combination of behavioral therapy, medications, and attending support groups. This provides a safe and structured environment for people to address all medical, emotional, and psychological aspects of their drinking for lifelong recovery.

Understanding all the nuances of treatment is why a person should consider it worth the time and effort of a program. It is not a weakness to get assistance because substance use disorder is a complex issue.

What Are The Stages Of Alcoholism?

There are four stages of alcoholism. The first stage is experimenting with alcohol. This occurs when the first drink is taken, which can occur well before the legal age of 21. It involves trying different types of alcohol and often involves binge drinking, consuming high amounts in relatively short amounts of time.

The second stage is increased alcohol use and building a tolerance. Early signs of cravings occur between drinking events and recovering from a night of drinking might lead to physical discomfort afterward.

The third stage is excessive use of alcohol, where both tolerance and frequency of use are considerably high. Physical illness, missing work, social isolation, and an inability to discontinue use without experiencing withdrawal effects occur.

The fourth stage is termed “end-use” because unless alcohol use is discontinued, the body will physically deteriorate or the person could feel the mental turmoil and be at risk for depression and suicide-related thoughts. This stage does not have to be a final stage and treatment is still a good course to regain physical well-being.

What Happens In The Last Stage of Alcoholism?

In the last stage of alcoholism, the body will experience irreversible physical damage if alcohol use is not discontinued. Cirrhosis of the liver, which is scarring, will occur and if it progresses too far, can only be solved with a liver transplant that can’t be guaranteed available. If alcohol is discontinued, treatment with medications, nutrition therapy, and blood-work monitoring can help stabilize the condition. 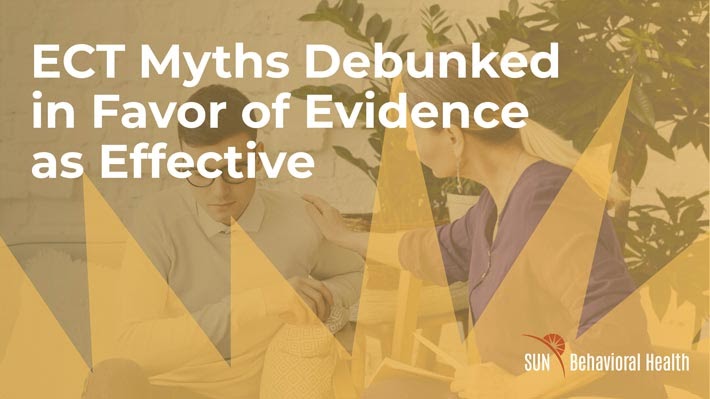