It’s hard to live with one mental condition, let alone two. This is the case for 1 in 6 adults who are currently living with both bipolar disorder and attention-deficit/hyperactivity disorder (ADHD). The symptoms for both of these disorders tend to overlap – they’re often misdiagnosed or confused for one another.

Treating a patient for all of their present conditions is essential in the healing process. A patient can’t properly heal if they have two conditions and only one is being addressed. This is why it’s so important to receive an accurate diagnosis and receive quality, evidence-based care. At Sun Behavioral Health Texas, we see how important it is to properly diagnose and treat ADHD and bipolar disorders when they co-occur.

Why do these two mental conditions co-occur? What symptoms do they share that make it so easy to confuse them for each other? Today, we’ll be discussing the link between bipolar disorder and ADHD, why it’s so common, and how treatment works when someone is experiencing both.

ADHD is an extremely common condition that usually presents itself in childhood. Adults either go undiagnosed or begin to develop symptoms later in life. According to the Centers for Disease Control, 10% of children in Texas have been diagnosed with ADHD, and over 70% of those children are currently receiving treatment. Children who are diagnosed with this have a hard time focusing. They can also be reactive and have difficulty controlling impulsive behaviors. It can also present itself as hyperactivity or the “inability to sit still.”

ADHD can present itself a little differently in each person depending on things like age, gender, and personality. Let’s take a look at some of the common symptoms of ADHD in children:

It can often be difficult to diagnose ADHD in some children. The symptoms of ADHD can mimic normal childhood development. For this reason, misdiagnosis is common. Symptoms in adults with ADHD might look like this:

ADHD makes certain things harder for children and adults. Schoolwork, friendships, and careers can all be impacted. Contrary to popular belief, ADHD is not just the inability to sit still or focus. Living with ADHD can cause things like anxiety and depression because of the complications it can cause in someone’s life.

Bipolar disorder is a mental condition that includes euphoric highs, devastating lows, and sometimes even the inability to function. Formerly known as manic depression, bipolar disorder is broken up into 3 categories: bipolar I, bipolar II, and cyclothymic. Bipolar I causes manic depressive episodes that can last for weeks. Bipolar II is similar, but the episodes range in severity and typically aren’t as long-lasting or intense as bipolar I episodes. Cyclothymia is classified by its hypomanic episodes that can last for years at a time.

Memory is also impaired in those with bipolar disorder. They will often forget things they’ve said and done during episodes of mania or depression. This makes it challenging for providers and psychotherapists to help.

Because of all of this, bipolar disorder can be difficult to diagnose (and is often misdiagnosed). Treatments and medications for bipolar vary between disorders, so receiving the wrong diagnosis means receiving the wrong treatment. The difference between bipolar and some of these other disorders lies in the episodic highs and lows. While everyone goes through high points and low points, bipolar highs and lows are extreme.

People with bipolar disorder might have a hard time keeping up with employment, relationships, or careers. The dramatic shifts in mood can limit their ability to function at times. They may also push people away or lose motivation.

What is the Link Between Bipolar Disorder and ADHD?

Researchers aren’t 100% of why ADHD and bipolar disorder are linked, but studies have validated the connection. A recent study published in the National Library of Medicine found that children with a diagnosis of ADHD were 10 times more likely to develop bipolar disorder later in life. The study also talked about how this dual diagnosis can also result in a higher risk for suicide attempts.

Usually, patients are diagnosed with either one or the other. Because the treatment methods for each disorder are so different, patients won’t get the help they need with just one diagnosis. If the patient is diagnosed with ADHD but their psychiatrist or physician is unaware of the other existing condition, the patient may fail to thrive.

People who have both ADHD and bipolar disorder might become reckless due to their impulsive or dangerous behaviors. They won’t be aware that what they’re doing is dangerous, and if they are, they won’t place importance on safety. If it goes untreated long enough, their actions could unintentionally endanger the people around them. This could hurt their relationships and threaten their sense of safety, pulling them further into depression.

Because bipolar disorders are so rarely diagnosed in childhood, a child is more likely to be diagnosed with ADHD and carry that diagnosis with them. As adults, they may not understand why they feel depressed. They may think episodes of mania are linked to ADHD rather than another condition. The underdiagnosis that comes with this comorbidity can be dangerous.

Another thing to note is that because ADHD is typically diagnosed during childhood, not many adults think about getting evaluated for the disorder. This leads to more undiagnosed patients. Left unchecked, ADHD alone can lead to job loss and impulsivity due to distorted thinking patterns.

What’s the Difference Between ADHD and Bipolar Disorder?

There are a few reasons why ADHD and bipolar disorder are often confused with each other. For one, they share a few of the same symptoms:

Here are some of the things that are usually only present in bipolar disorder:

Here are some of the things that are usually only present in ADHD:

Simultaneous treatment for both disorders can be difficult. After all, each disorder responds to a different kind of medication. Doctors will usually begin by treating bipolar first. They’ll treat ADHD once someone’s mood has stabilized. One thing to note is that there are medications available that can treat both disorders. Ritalin, for example, has had recent success in treating both bipolar and ADHD. Your doctor or psychiatrist may choose to put you on a medication that he/she thinks will effectively treat both.

There are also coping strategies for healing that work in cases of both ADHD and bipolar disorder. Exercise, healthy eating, and meditation are examples of this. Talk therapy is also effective in both disorders, as is outpatient therapy and group therapy. There are more options than just medication.

Research in the area of treating both disorders simultaneously is a little sparse. This is mainly because different patients respond to different treatments. If you’re struggling with both bipolar disorder and ADHD, it may take a little trial and error to find out what works for you. The most important thing is to receive an accurate diagnosis so you can begin to alleviate some of your symptoms. Relief for both of these conditions is possible with quality treatment.

At Sun Behavioral Health Houston, we understand the importance of dual diagnosis and we’ve seen it change lives. We’re here to help. We offer treatment services for ADHD and bipolar disorder.  Please give us a call if you have any questions or if you’d like to set up a consultation at (713) 796-2273.

FAQs About How Often Does ADHD Co-Occur With Bipolar Disorder

What are the differences between bipolar and ADHD?

How common is ADHD comorbid bipolar?

It’s fairly common for someone to present with both bipolar and ADHD. It requires an adequate diagnosis for effective treatment. 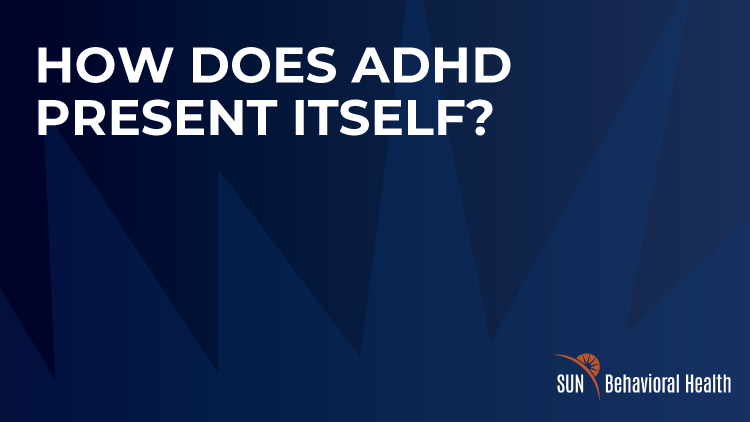