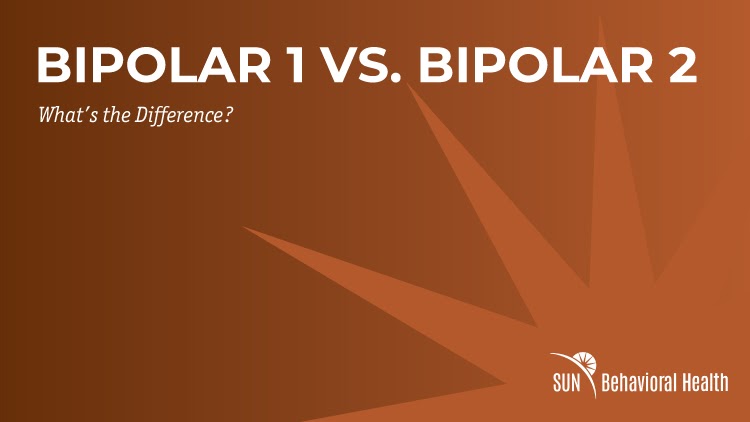 Bipolar 1 vs. Bipolar 2; What’s the Difference?

Bipolar disorder is a serious mental health condition with so many mistaken beliefs surrounding it. Many people think of random moodiness, senseless responses, and strained relationships when thinking about someone suffering from bipolar disorder.

But these are just surface-level views of a deeper, underlying problem many Americans struggle with. The intensity behind the manic and depressive episodes of bipolar disorders are often internal and lead to many misunderstandings.

Although experiences with mental health conditions vary from person to person, bipolar disorder is uniquely personal because it involves extreme high and low moods (long-term emotional states). Someone who experiences these periods daily can feel stuck when trying to describe what’s been going on in their minds — especially since many of us don’t understand the struggles of extreme mood changes with hardly any triggers to explain them.

Thankfully, new research conducted by accredited universities and institutions like Harvard Medical School, Stanford University, The National Institute of Mental Health (NIMH), The Centers for Disease Control and Prevention, and many more, continue to discover vital information on how to better help patients with this condition. Therefore, we have greatly improved our chances of understanding, identifying, and properly diagnosing the different types of bipolar disorder based on each person’s journey.

Bipolar disorder, formerly known as manic depression, is a mental health condition where a person experiences shifts in mood, energy, concentration, and ability to carry out daily activities. Many people with bipolar disorder, especially those who are undiagnosed, feel misunderstood, alone, and often trapped in a cycle of shifting moods, anxiety, and lack of sleep.

The NIMH defines bipolar disorder as “clear changes in mood, energy, and activity levels. These moods range from periods of extremely ‘up,’ elated, irritable, or energized behavior (known as manic episodes) to very ‘down,’ sad, indifferent, or hopeless periods (known as depressive episodes).” The NIMH also divides the condition into different groups: type 1, type 2, and cyclothymic disorder (also known as cyclothymia).

Manic periods are often described as sustained, elevated periods of intense energy, irritability, hyperactivity, and racing thoughts. People with bipolar disorder describe these episodes as feeling “extremely wired” — almost like going about your day feeling euphoria (great happiness) paired with an excessive amount of caffeine-like energy. Manic episodes can sometimes include delusions of grandeur that foster:

Some of the physical signs of a manic period include:

This, of course, doesn’t represent the person’s true character. Outside of manic and depressive episodes, a person who faces bipolar disorder is as compassionate and understanding as the rest of us. It’s often due to society’s misunderstandings that such an association between someone’s personality and their mental health issues exists. These views are misguided and often harmful to long-term recovery.

Depressive episodes, also known as unipolar depression, are pretty much the opposite of manic ones. These are described as “low” periods that can include many signs similar to those of anxiety and depression. Symptoms of these episodes include feelings of hopelessness or discouragement, lack of energy, an inability to focus, and certain physical symptoms like:

These episodes can be just as overwhelming as manic ones. They can pick apart your sense of self-worth and cause you to have lowered self-confidence and self-esteem. Feelings of depression during these periods can be complicated to deal with as they may carry over into states of normal functioning.

Depressive episodes can sometimes cause suicidal spirals. This is why it’s incredibly helpful to discuss these feelings with a doctor who can further assist you in understanding what they mean and how they can be properly managed. No one should have to experience prolonged distress alone.

It’s important to consider the differences in how men and women approach depression. It's been statistically proven worldwide that women tend to be diagnosed with clinical depression more than men. However, many psychologists believe this occurs because women are more likely to get treatment than men (due to certain social stigmas, meaning negative and often unfair beliefs about how men should behave).

It could also be possible that men are less likely to recognize what anxiety and depression look like as depression in men can often develop into anger — whereas depression in women develops more into a form of sadness or hopelessness.

As mentioned earlier, there are three variations of this condition. However, the most common types are type 1 and type 2 bipolar disorder. They share many similarities yet have minor differences that cause health professionals to treat them individually. There are a few factors that can help you identify what kind of bipolar disorder you have, such as family history, a major depressive episode, or a collection of stressful childhood experiences.

Those with bipolar disorder type 1 face intense lows that last two weeks followed by intense highs that last at least a week and sometimes lead to hospitalization. Type 1 manic periods can be hard to manage without medication. The intensified energy associated with these periods, paired with hallucinations (seeing and hearing things that aren’t there) and delusions (false ideas), can be incredibly overwhelming.

Similarly, depressive episodes can have just as much of an impact by causing extreme anxiety, moodiness, depression, and a state of helplessness. Furthermore, according to the NIMH, “Episodes of mood disturbance with mixed features (having depression and manic symptoms at the same time) are also possible while facing bipolar disorder type 1.”

Bipolar disorder type 2 looks very similar to type 1 with the exception of manic periods. This variation is often diagnosed if patients have had at least one episode of hypomania (described below) and one depressive episode. Type 2 is also often described as the “less extreme” version of bipolar disorder. However, this does not take away from the struggles many people face while battling this condition.

Hypomanic periods (unusual excitement, elevated mood, or irritability) are common to bipolar disorder type 2 and are often milder versions of type 1 mania. Those who deal with hypomania do not experience psychotic episodes (loss of contact with reality) or hallucinations.

Unfortunately, bipolar disorder is also commonly misdiagnosed. Sometimes there are internal and external factors that contribute to mood changes, anxiety, and sleep deprivation (which are very notable signs of bipolar disorder). All of us act out when we feel backed into a corner or are behaving in ways that damage our mental health. However, that doesn’t necessarily indicate bipolar disorder.

If you think you might be struggling with a mental health disorder, it is highly recommended you get a second or third opinion on your diagnosis. 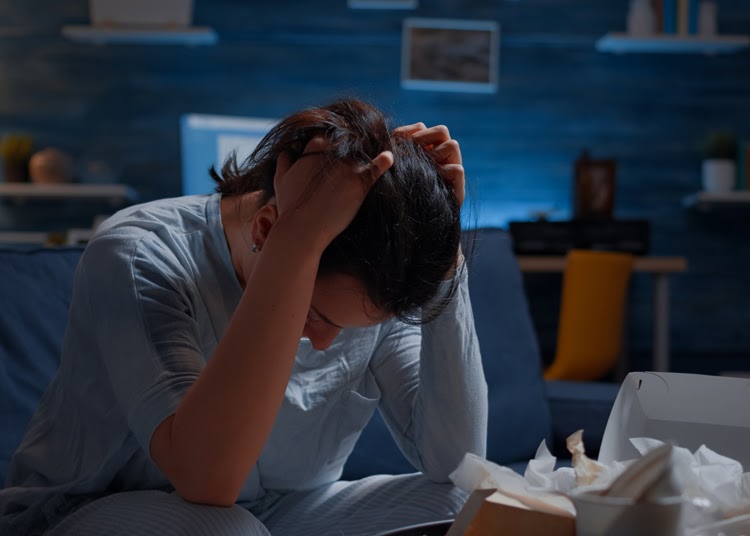 The Biology of Bipolar Disorder

Neurotransmitters (important chemical compounds) are released by our brain cells and send messages throughout the body. The body has a delicate balance of neurotransmitter levels that it maintains for regular day-to-day functioning.

Dopamine is a chemical compound responsible for making us feel active or happy. Bipolar disorder can cause the body to have irregular levels of dopamine. This causes hypomania and mania from high dopamine levels and triggers depression and tiredness from low ones.

Dopamine is also a part of our reward circuit within the brain. Having high or low levels of it can cause irregularities in dopamine production and disrupt our patterns of thinking, behaving, and motivations.

Serotonin is responsible for mood regulation/behavioral functioning and is considered a key part of your sleep-wake cycle. Abnormal levels of serotonin have been linked to depressive symptoms like loss of appetite, insomnia, and suicidal ideation. However, it’s important to remember researchers are still learning more about serotonin’s effects on bipolar disorder through new studies. 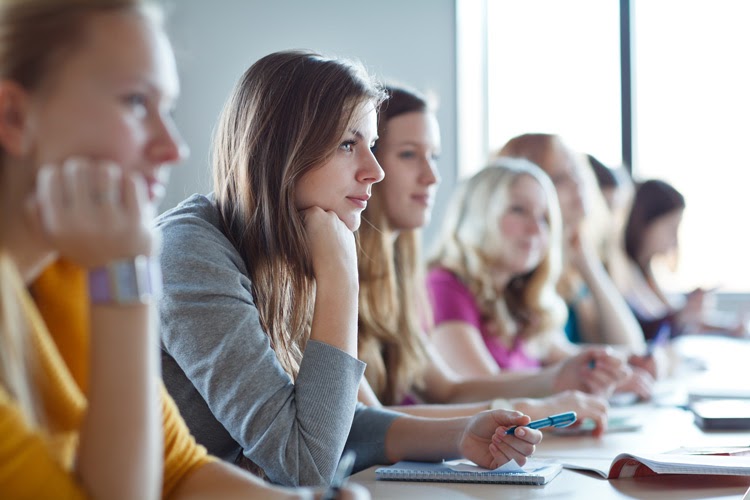 A lot of myths surrounding mental illness cause us to classify people struggling with it under certain labels or categories. However, such stigmas and mistaken beliefs turn people away from getting the help they deserve.

Bipolar disorder can present itself in someone who’s struggling with poverty or someone who’s considered a highly successful member of society. Many people in the United States manage these symptoms by masking them and maintaining daily functions. A certain lifestyle doesn’t determine whether or not a person is dealing with this condition.

Treatment for bipolar disorder is available in many forms. Based on what kind of bipolar disorder you have, the right kind of medication paired with therapy and positive lifestyle choices can help further regulate the disorder. With the proper healthcare assistance, you can manage the effects bipolar disorder has on your life.

SUN Behavioral Houston is dedicated to helping anyone struggling with any variation of bipolar disorder through unique, personalized treatment options tailored to each patient. Visit our website for more information on outpatient treatment options or give us a call at (713) 796-2273 to learn about our services.

Both type 1 and type 2 bipolar disorders can be fairly overwhelming. It’s often reported that type 1 is more difficult because episodes of mania tend to alter thinking and cause hallucinations.

What is the difference between type 1 and type 2 bipolar?